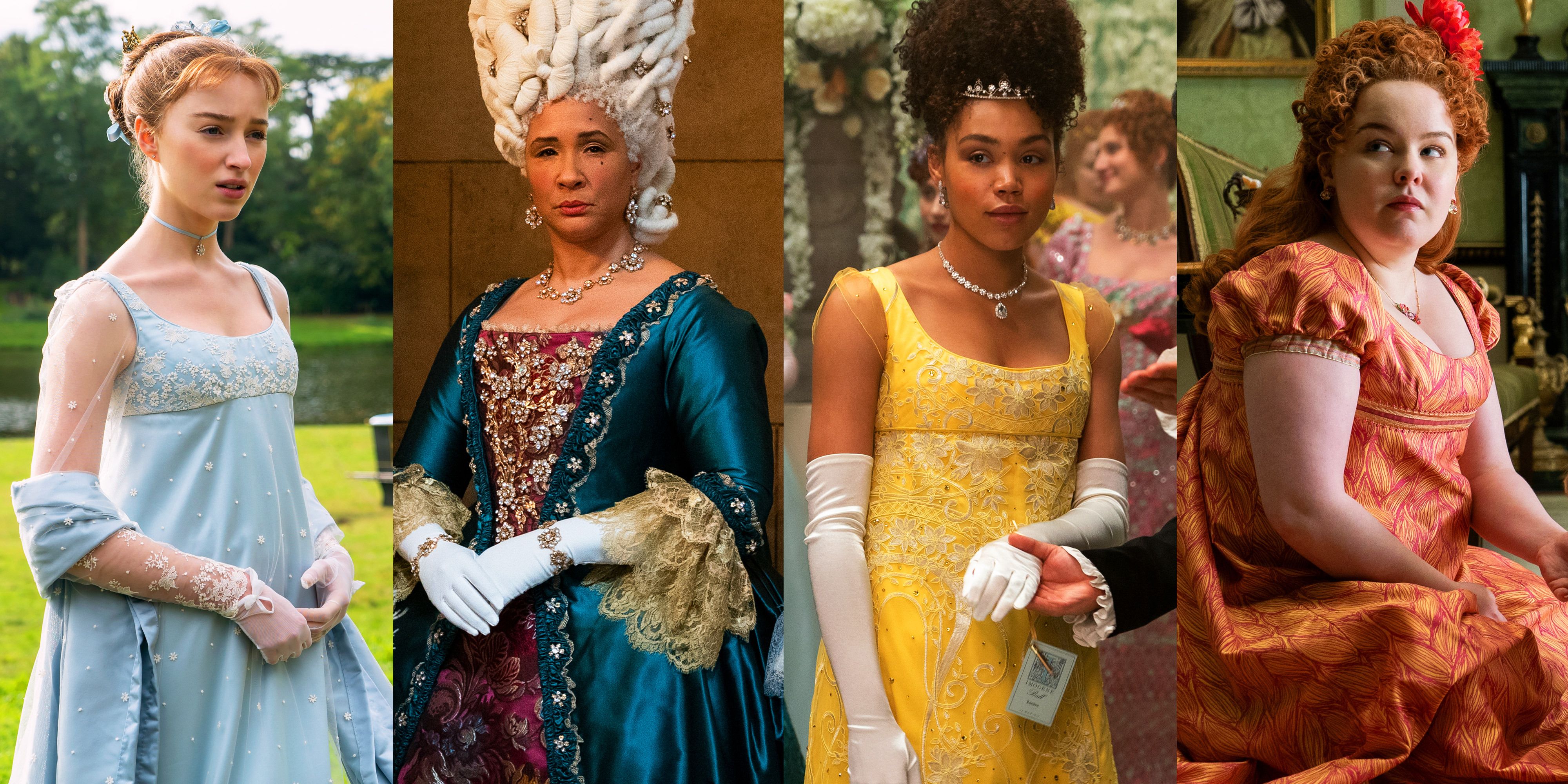 The jewels, costumes and, oh my, the accent! Have you seen the hottest period drama? We don’t mean Downtown Abby. Bridgerton has deservedly become quite the talk of the town as it soared to become the most-streamed show on Netflix. The most glamorous historical coming-of-age drama based in the historical epoch of the 18th century is also somehow exceedingly modern with its fresh perspectives and its diverse casting.  A light show packed with “7,500 pieces of wardrobe” tailor-made for the drama, we are ready to give the show a HULA twist.

Diamond of the first water, that’s what Queen Charlotte calls Daphne Bridgerton when she becomes a debutante in the show. If you haven’t already binged the show, it is a slang that’s (still) used to describe the finest (yes, you guessed it) diamond, particularly of its brilliance. Mostly in a soft and pastel colour palette, the Bridgerton family’s wardrobe is a stark contrast to the Featherington’s acid-bright floral costumes. Combining elements from couture fashion of the 50’s, the early 60’s with references from modern 2018 and 19 couture, the costume team even borrowed shapes and elements from Dior and Chanel past runway shows. Not your average historically accurate show, Bridgerton based in escapism and aesthetic fantasy, which is somehow surprisingly relatable.

Accomplished and prolific costume designer Ellen Mirojnick led a team of 238 people and worked continuously for five months to create and refine the 7500 pieces of the wardrobe — from hats to shawls, to overcoats. When it came to creating the costumes for the respected and prominent family of Bridgerton, the team decided their colour palette would be “powdery”. This is reflected in Daphne’s signature look in baby blues, pink and cream. As a character from a family with high social standing, Daphne’s dresses are meant to be tasteful and refined with just the right amount of embellishment, nothing “too much”. Doused in jewels and the most delicate embroidery and fabric, Phoebe (who plays Daphne Bridgerton) alone had at least 104 costumes made for her.

Translating this into the HULA’s wardrobe of modern fashion, we have picked out the softest coloured pieces — muted and pastel. Our highlight is Red Valentino’s knitted mini dress in blush. Its sheer panel across the chest reveals skin ever-so-slightly, exuding beauty and sensuality. We have added pearls and crystals to the list to add accents to the pastel colour palette and introduce elegance into the mixture.

Playing the second fiddle to the Bridgertons, the Featheringtons lack social graces, which is communicated through their choice of fashion. In the book, one of their gowns is described as “gown of lemon yellow that left a sour taste in one’s mouth,” making the character look like “nothing more than an overripe citrus fruit”. Lace, over-the-top embellishments, vibrant colours, the wardrobe of the nouveau riche Featheringtons command Attention. Dressing in “I-want-to-be-seen” colours such as bright yellow, orange, green and purple, the family palette is bold and spicy.

Looking into the most vibrant part of the HULA’s wardrobe, our eyes immediately fell on Dolce & Gabbana’s bold prints and colours. The lacey purple leopard printed slip screams “look at me” and seems like something one of the Featherington girls would wear if they were invited to a luncheon with eligible gentlemen. Considering nouveau riche status, they would most probably be logomaniacs in the modern days so anything with a big recognisable logo such as the Chanel red patent bag and purple Hermès H bracelet would be the perfect accessories for the family.

All eight episodes of Bridgerton are currently available to stream on Netflix — tune in and fully appreciate this article!