What comes to mind when one mentions ocean plastic? Or when a company releases an eco-product made from ocean plastic? Do fishnets spring to mind or the odd million tonnes of plastic that contaminate the waterways every year? With global warming, climate change and environmental preservation on people’s agenda, many activewear, accessories and bags are increasingly made from “ocean plastic”. This consumable concept is gaining momentum and not very hard to reject at all, but really, what does “ocean plastic” mean and how much can this help the environment?

From their face values and the connotation of the so-called “ocean waste” and “ocean plastic”, having products upcycled from plastic does not seem like a bad idea at all, if that means to be supporting the circular economy, tackling marine pollution and promoting recycling and upcycling. However, even upcycled materials can’t be our saving grace once you look past their branding.

A lot of upcycled “ocean plastic” fabric such as the Parley’s trademarked Ocean Plastic® material is not entirely made from plastic found in the ocean. It is instead made mainly from ocean-bound plastic — the kind of plastic that is found near shorelines or the plastic that would have otherwise enter the waters. A small portion of the material contains actual plastic found in the ocean (think lost fishnets and bottles). Seaqual, another big name in the recycled fabric industry, states that their products can sometimes contain only 5 per cent of plastic pollution that comes directly from the sea. After all, as Ian Rosenberger, founder and CEO of First Mil, a social enterprise that connects waste-picking microeconomics with brands, once said “No plastic starts in the ocean right? It all comes from the land.” 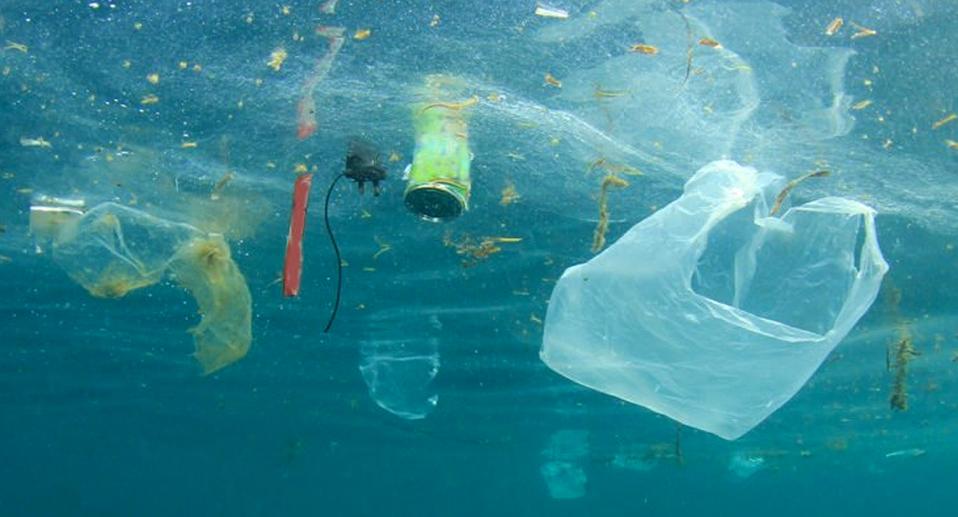 So why is this the case? Why are these so-called “ocean plastic” mainly consist of plastic that’s found on land instead of the ocean? Real ocean plastic, are usually collected in the high seas and is often degraded to a point where it can no longer be salvaged. To retrieve or have access to garbage patches far out at sea would require large expeditions, which lead to expensive funding. To workaround the cost issue, manufacturers turn to ocean-bound plastic instead.

Does this mean that when we buy products made from “ocean waste” we are repurposing plastic waste in the ocean and near the ocean? Doesn’t that mean we’re saving more plastic from the ocean?

It’s a little more complex than that. The recycling process, as mentioned, is complicated and does not always promise a good return. Yield is often minuscule when only a small percentage of the plastic collected is actually usable and recyclable, while the discarded parts of the unreusable plastic remain waste. Further concerns include microfibre pollution, where microfibre of recycled nylon (see Econyl) can still be washed off into the ocean and enter the food chain of marine life, although recycled nylon has been proven to cause 50% less carbon footprint. According to Fashion Revolution, it has been estimated that 1.4 million trillion microfibres are currently in the oceans.

“We’re grateful to anyone removing plastic waste from our oceans or beaches. However, it’s not possible for us to remove the truckload of plastic waste we’re currently adding to the ocean every minute, just as it is not possible for us to recycle the volume of plastic we are currently producing.” said The Greenpeace campaigner Louis Edge. The only real and sustainable way of preventing ocean waste is to massively reduce plastic production. Whether or not a product is made of “ocean plastic” is perhaps not as imperative as one may think. So we encourage you to make informed and sustainable purchase decisions as there is no simple solution to reverse the harm we’ve already done.